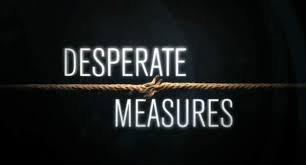 “It appears that we are living in desperate times,” says Peacemakers Prayer Patrols Chief Reverend Palmer this morning, in response to the recent civilian and Police shootings in Minnesota, Baten Rouge and Dallas. She continues, “It seems that the world is gone mad, quite mad. When persons aren’t planning to kill themselves, they are out there planning to take the life of another.

This insurgence of an insatiable desire to kill must not become the expected reality for our world.

We are being fed bad news of these atrocities day in and day out. There is also a surge to watch, listen to or else to participate in the most despicable killing acts, through the games being built and manufactured or through the films and programmes being made and produced. All in the name of industry, greed, in an  unconsciousness of psychological disorder.

But in all of these bizarre random and sometimes coordinated acts of violence, we must realise that these aren’t really new to the planet.

These barbaric acts of violence may appear new and unsettling for our times, but acts of this sort has perpetuated the earth ever since mankind yeilded to the temptation of fear, to himself in separation, and away from the perfect alignment of the All Good, the glorious source of Life itself.

And although throughout the annals of history we have been shown redemptive processes, even the ultimate act of sacrifice and service to restore us to an original statehood of love and wholeness; mankind still crumble to the temptation to yield to the wretched insane idea of the basest of selfhood mentality, which is so totally off key, seeking to die and to kill, instead of yielding to the call to live, full, vibrant, magnificent lives.

This is a rather simple but important measure, imperiative for the regeneration of our planet and ongoing good of mankind.

In fear, a person plans to take his own life. Feeling that his or her life is worth nothing in this world or at least, they feel that their life is of a far lesser value, especially in the cases of some suicide, and other cases where suicide bombers do it for rewards in the afterlife. In both instances, they were unconscious that the same LIFE that gave life in one existence is the same life everywhere.

At the root of all this destruction is fear. It is not about race, creed nor colour. It is about fear. It is this same fear and total disregard to life which prompts a Police officer to kill an unarmed man, and visa versa, an armed civillian killing an armed Officer. Fear takes on many disguises.

Fear has built and instituted religion so far back that unless man wakes up now, we will keep destroying ourselves, each other and the planet. A person might even say I am all alone, I feel so lonely, not realising or conscious that the life which breathes them is everywhere present. We are therefore never alone in life. And life is always good and magnificent.

Someone once told me that it would take a miracle to change the world, and I have pondered these words for years.

A miracle is a desperate measure.

A miracle to me means that something that is beyond the scope of the mere matter. And you know as I do that us humans, animals, in fact, everything in which the breath  of life has a domain, which is the entire stuff of existence, including things inanimate; yes, you and I know that we fear everything that we do not quite understand, including ourselves.  Have you never heard of the person who asks himself why am I like this, why can’t I stop this?….  And so it is that we have become afraid of ourselves. And this fear drives us to overeat, to get angry with ourselves, so much so that we seek ways to cheat and so to kill this self, in hope of escaping from the lesser we feel we are now, because of the false illusion self we think we should be, or have, or gain or become.

But I encourage us all, including myself, that life is magnificent still, it will always be as it is. There really is no now in life, even this newness we speak about so mindfully  is simply like a drug to hide away, to cushion and protect ourselves or else to create a false sense of a better self.  No no no, we must see that it as we begin to Love, Value and Appreciate life FIRST, then life within our individual selfhood, that we could even begin to hope for change. All the praying will be in vain until this action is taken. Praying does not stop anything until the thing we pray for is stopped. However, our prayers can and do influence the good change we wish for. WE must all seek to become the good we wish to see in our society, in order for the miracle of a radically transformative environment on earth as in the Heaven.

Do you love, value and respect Life? In your own body? in others? When we speak of others, it is interesting that people often categorise this ‘others’. They speak as if the life itself within a close family member such as  child or parent, husband and is different in an in-law, a close friend, a neighbour, a workmate, the person we meet on the bus, the doctor, or the distant person of another tribe and country. And so you can begin to see that it is truly only as mankind is sent back to the drawing-board, ego-free, to begin again. To look and see Life in Its totality, fairness, opulence, magnificence, beauty, fullness, allness, and okness. Only then, will mankind catch a glimpse of what he can become, of who he truly is, and who you and I truly are.

Years ago one man tried to decree that this was the way to peace, love, and life. And as we know the story’s end, the people groups of the world back then, stoned, beat, and killed him. But truth cannot be stopped, the truth cannot die. The truth is an eternal concept that will spring up again and again,  even though it may be chopped down time after time.

And so, I resurge this truth again today, it is no new truth. This is the truth that Life itself which is outside of time.  It is my wholehearted wish that these few words, as desperate as they may seem in our seemingly desperate times, that they will make a difference and leave an impression on at least one soul, as so create a spark of hope for a new earth. Amen. Amen”

Next prayer patrol, this Saturday9th July, in the notorious  Miami Gardens known for its weekly drive-by shootings