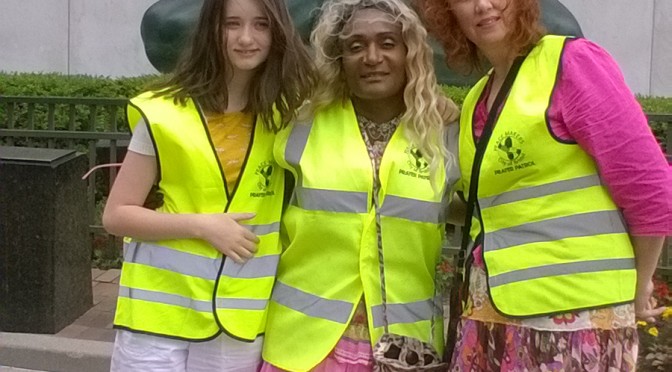 The Diminutive figure of Bristol’s Peacemakers founder and Prayer Mogul, Dawnecia Palmer aka Apostle Palmer, was joined by Michigan dwellers for her first ‘real’ Prayer Patrol in the Downtown area of Detroit on Saturday afternoon, 4th June 2016.

“I have had several mini sessions since 2011, when I arrived in Michigan and first introduced the Initiative, until 2013.  It was very  to get a team together during this period because there were such divisions, dissensions, and resistance to the Vision. This kept them from really listening to hear or to see clearly what the Vision really looked like.   There were several counterfeit attempts, over this time, until, in I finally gave up trying in and returned to the UK.  However, like the Prophet Jonah, I was reinstructed by the Spirit, at the end of 2015, to ‘go back to Michigan with the same Vision.’  So, without consulting flesh and blood, I determined in my heart to carry out the Mission as I was at first so Commissioned to do. And this I did.                THE COMMISSION according to 2nd Corinthians 3:15-18; 4:1          A few days before the actual event took place,  I connected with Apostle Hodge of the Good News Station TV and Good Tree Ministries. 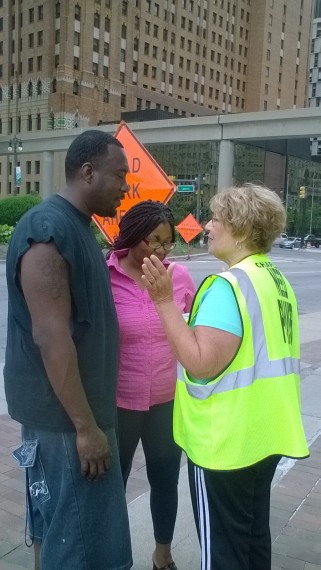 He was delighted to hear about the upcoming patrols.  And although he was not able to join us on the day, he was in full support of the Vision, and thankfully he faithfully sounded the alarm out to several Outreach Ministries, and Prayer groups. within Detriot and other surrounding areas”

(To the top far right: >  Ellen Pike of The Eagles Nest1, praying with folks after the Patrols and          Below left:  < Bill Pike also of Eagles Nest1, taking a break after Prayer Patroling around the huge  Central Hall Building. 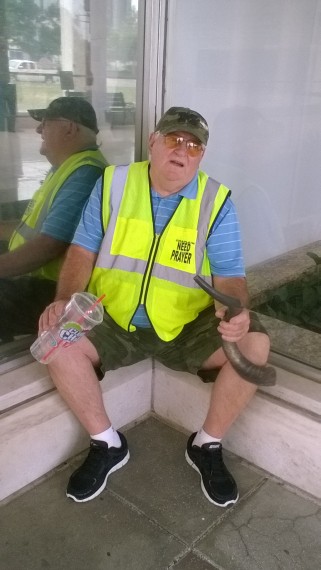 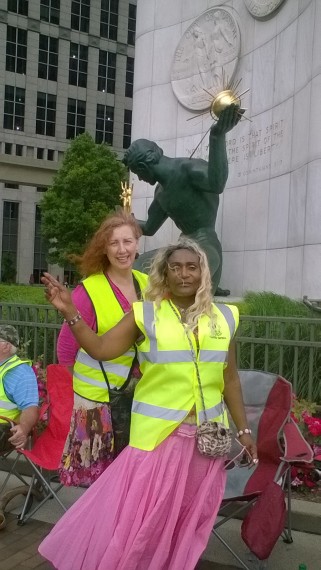 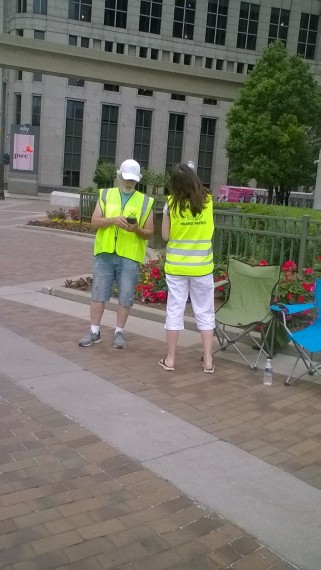 Below Right: > Denise and friend of Eagles Nest 2

<Below Left: Apostle Daryl sitting on the Promenade 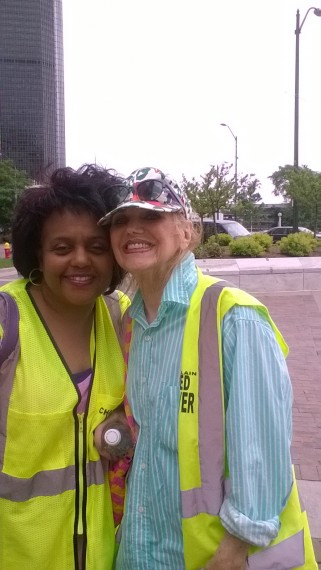 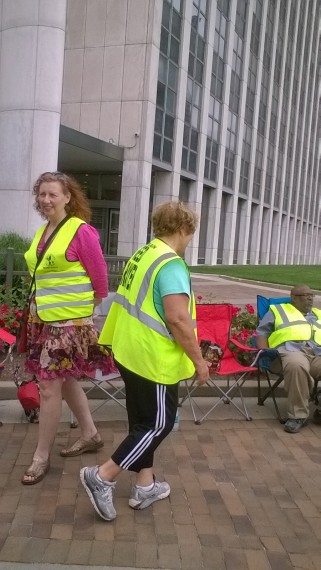 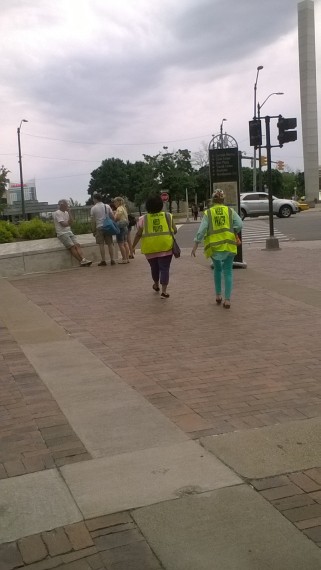 Ministry Team on the move ; on the streets of Downtown Detroit