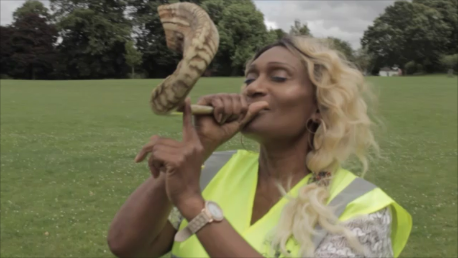 The 3rd PEACEMAKERS Sound the Alarm Online Midday Call to Prayer will be on Wednesday 20th October via Google Meet at 12 noon for 30 minutes.

This is the Google meet Link to join:  Click https://meet.google.com/fcu-ekct-cza  or go to Google and type in GOOLE Meet and where it says to Join Meeting copy and paste: fcu-ekct-cza  and it will take you to the Prayer Room.

Lets meet up  here to pray peace across our countries, and safety on our streets.

We have had two major stabbings here in Bristol since our last Sound the Alarm Midday Prayer Call, As we can see crime is relentless and so must we. As a Guardian of the Planet for peace and safety I feel particularly responsible to try an bring as much awareness as possible to the **need for more robust prayer interventions, as well as **more personal approach, to address gangs and street crimes in our cities and neighbourhoods.

“Much has been done through Prayer & City Safety Patrols here in Bristol and other parts of the Country and abroad over the years, however we must up our game to become more proactive in handling these issues rather than reactive or simply leaving it up to the local authority. It is obvious that if the local authority could change mindsets and behaviours it would have done so, and though I am in no way saying we will completely obliterate street violence and gang related crimes

, I am saying that I have seen first-hand that Prayer and personal commitment to actively engage visibly through the Patrols Scheme does work. In fact it works effectively, correcting many issues at the root cause, and brought about a safer, more pleasant areas in which to live, work and play.” ~Rev Palmer, Patrols Chief

The Theme for this Prayer Call is  ‘Why Prayer is a Good intervention for Street related Crimes and City Safety.’   Our Esteemed Guest and Keynote Speaker is Lewin Carr form Cambria Heights, Queens, New York.

Mr Lewin Carr is  CEO and Life Coach for Success Happiness Full Potential Academy. He is PEACEMAKERS Patrol Representative in New York. Mr Carr is very passionate about thriving communities, community safety,  personal empowerment, and the role that an individual can play in helping to build more balanced, safer, and just communities.

FEEDBACK from Sound the Alarm 2.

Chief Superintendent Mark Runacres was Esteemed Guest and Keynote Speaker for the Midday Prayer Call. He spoke passionately around the importance for initiatives such as the Prayer and City Safety Patrols and the role they play in bringing awareness and reassurance on the streets of local communities, being visible and clear, taking time and pride, and reporting.  He said the Street Safety Patrols show people care and want to be a part of the process, taking pride in their communities, and doing their part to make it a better safer place. He was very kind and sensitive in paying tribute to those Patrollers who had passed on, saying “..they made a difference.”

When asked what more can PEACEMAKERS do to support the work of the Police in bring safety to streets and Communities , the Chief said, “Patrols  should carry on doing what they are doing. Continue to bring a very visible presence, reassurance, which encourages others to be involved. Patrols are able to walk up and start a conversation in a non-offensive and non-aggressive way which brings understanding to the story behind the perpetrators behaviour, a rich opportunity to likely impact their behaviour, doing what police cannot do. Your coordinated approach is able to pick up hotspots often encouraging criminal activities to withdraw and lonely places which help people to feel assured.”