It was a bright fresh Friday Morning, 16th July,  a small band of faithful gathered together outside J3 Library Easton, Bristol, to pray at the start of, a Prayerthon Patrol, and, what turned out to be ‘an amazing Patrol’ as quoted by one patroller, at the end.

The route for the Jericho Patrol was to start with a 9 am Prayer Stop outside J3 Library.  From here they headed along the slip roads at the back of the Motorway towards the cross-bridge over the Motorway, linking Easton and St. Werberghs.

The 2nd Prayer Stop was the M32 Motorway. There had been a series of deaths through motor-vehicle accidents and recently the body of a young woman was found nearby, she had been stabbed to death.

When they arrived at the scene there was already a shire to a young man 23 years old that had recently died. 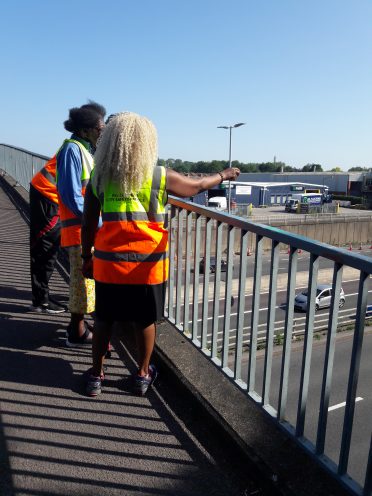 The cause of death was uncertain to us, however, from the tributes tied to bits of cardboard hanging on the railings, and graffitied with chalk on the pavement, we gathered that it was a tragic incident, and yet another life was taken, much too early! We kept vigil and prayed before heading towards St Werburghs. 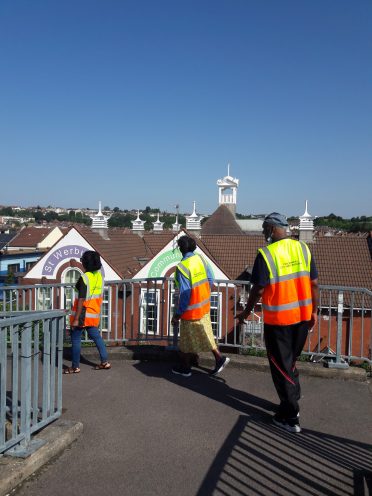 St. Werberghs had been a rough area for drunkenness, youth crime, and high fear of crime in the early days of PEACEMAKERS, some 20 years ago.

Then, Prayer Patrols were a regular feature at all hours of day and night. The Community has since turned good, with new buildings, better housing, well-kept gardens, renovated Community Centre, Upgraded Park, cleaner streets and lovely community vibes.

Patrolling around and Praying here was a delight, to see the changes and to enjoy the sense of peacefulness – long may it continue. 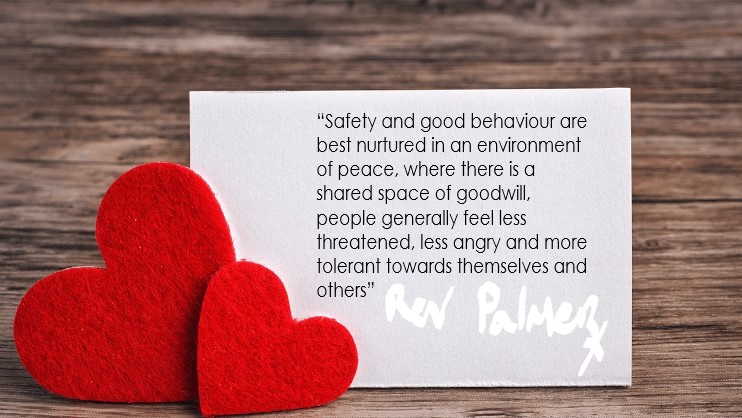 Crossing over into St. Pauls carries a different feel these days, opposed to those earlier times when street, gun, knife, and gang crimes, robberies, and violence were rife.  On our more recent Patrols here we find things a lot quieter.  And it is good to see new enterprises, cleaner streets, new cafes and takeaways, freshly painted buildings,  and a well-kept park.  There was a positive welcoming reception to prayer and the presence of the patrols. 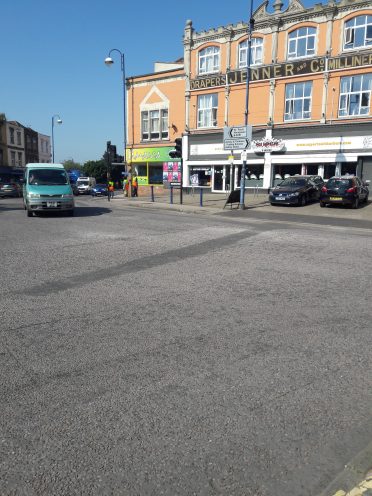 The crossways at Grosvenor and lower Ashley Road were our 3rd Prayer Stop of the morning.

There was much to give thanks for. “You are building on our prayers,” a patroller told a new business owner after they had been invited in, they prayed and blessed the business.

Stopping briefly to pray for an elderly gentleman whose business had slowly declined, and thanksgiving outside the St Pauls Library and community cafe, patrolling along  St. Nicholas Road through St. Pauls Park to the 4th Prayer Stop at Subways in front of the  Memorial Murial.

Jericho Patrols then headed towards the pedestrian corner of St Mark Road Bridge, Old Church, and Mosque, 5th and final Prayer Stop.  On our way over we observed much to add to our Prayer Shields list for future prayer, of which Grafitti is the most obvious.

I am very grateful, extremely thankful, to those who gave up their time and came out on the day, as well as the invisible Prayer Sheilds, the invincibles who covered us in prayer every step of the way.  Most of all to LIFE with the invisible host of Heavenly Angels. Ameen.

NEXT PATROLS:  Wednesday 4th August 11 am.  Starting at Prayer point1 by Eastville Park and along Fishponds Road, towards the last Prayer Stop which will be the Cycle Track behind Morrisons.