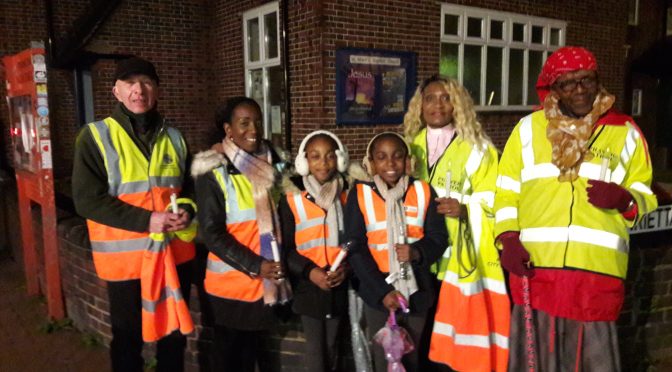 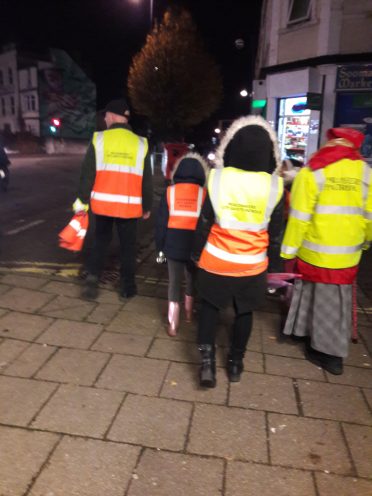 The streets were surprisingly sparse as the small band of hopefuls set out into the dark chilly night on All Hallows Eve 2020, their fluorescent jackets and candle holders glowing in the dark.

They stopped to pray at various locations scheduled for this patrol, beginning at Easton, Easton Way, through St Agnes, and into St. Pauls, then cutting back through St. Werburghs to finish on Stapleton Road. 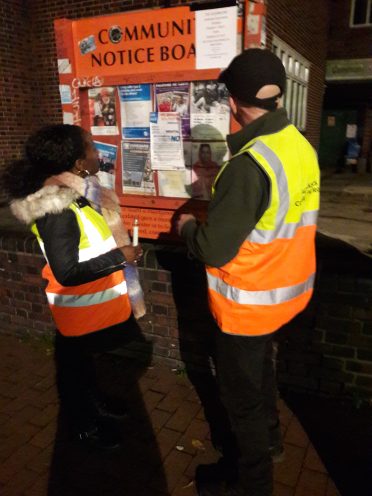 These are familiar grounds for most of the team members, and they are aware of how far things have moved for the better since the early days of Peacemakers Prayer Patrols, when crimes, gangs, and violence marked these areas. Then, Patrols were visibly out prayer patrolling days and nights. 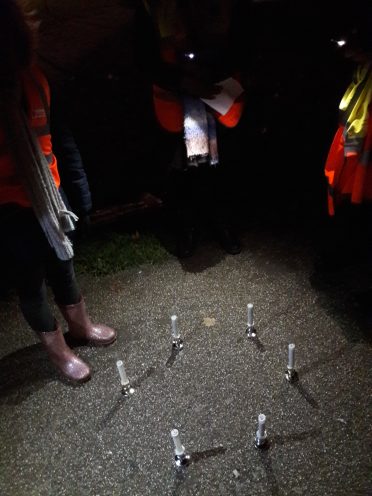 The highlight of the night took place on the Green outside the St. Pauls’ Learning Centre in St. Pauls. Here they formed a Prayer Circle by placing lit candles in a circle on the ground and linking hands, as the City Safety Patrol officer read a prayer she had composed and written especially for the occasion. “That was a very moving moment for me,” remarked a new volunteer afterward. 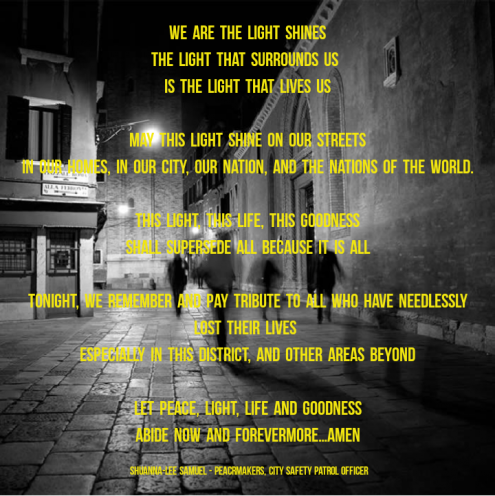 As the team gathered to pray, several youths were also gathering in the distance across the street, and they were behaving very badly, throwing fireworks in the air and at passing cars. This did not perturb the group, they persisted in prayer, and in a short space of time, on hearing the Police siren the youths scrambled and ran away.

The people in each area seemed very welcoming and happy to see the patrols, most hailing them in a friendly manner as they passed by, with both sides maintaining the social distancing rules. 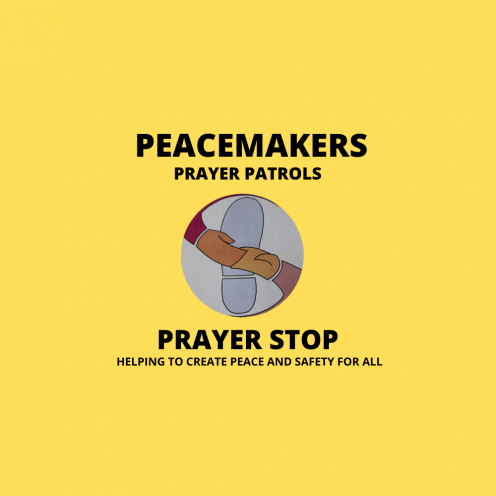 Along the main high street in St. Pauls, a woman stopped and asked them to pray for her knees. The group prayed for her on the spot, and there was a distinct tone of relief in her voice as she thanked them and waved goodbye. Later on, they stopped to speak with the young owner of a newly opened Beauty Salon. She said she welcomed the prayers and their encouraging words for the future of her business. 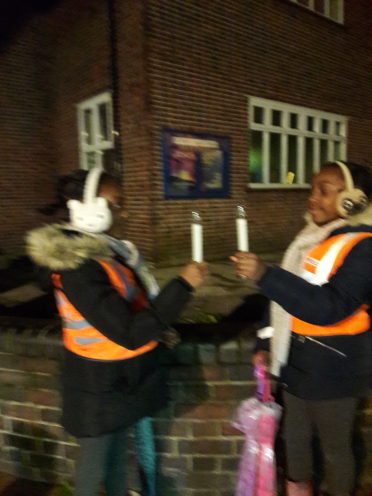 The night got progressively colder, and as they came to an end of the Patrol, someone commented, “At least we did our part, we can only hope that we did some good and lit the darkness.”