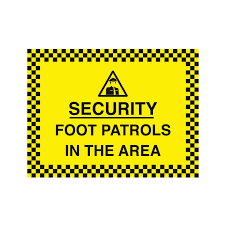 Peacemakers Prayer Patrols should once again be seen regularly on the streets of Bristol.
However, this will be a brand new way of prayer patrolling the streets, the leader of Peacemakers disclosed.

The revised team of patrollers will meet to pray, discuss and hopefully recruit new patrollers for this new phase of the project which started at the ending of 2002 when street crimes, guns, gangs, and street voience, was at its highest in areas of Bristol, namely the areas of St. Pauls and Easton.

Street crime soon fell significantly, and the Project was awarded by the then Cheif Superintendent Mike Rowe, for their contributions and hands-on involvement, which helped in addressing and reducing much of the gangs and street violence in these areas.  Over the years they continued to be a regular beneficial presence throughout other areas of Bristol and the UK.

In 2010 they launched their highly respected and effective crime-reducing strategy abroad.  And as the areas patrolled in the UK regained stability, the presence of patrollers on the streets became less prominent, although the work continued and increased globally with the installation of their website.

Through this media, Peacemakers successfully extended their reach as an online presence, to bless, encourage, support, inform and

A kickoff Meetup to discuss the new framework, strategy, dates and the future of Peacemakers Prayer Patrols is due to take place in Cabot Circus, Bristol, at noon,  on Wednesday 26th April. If anyone is interested to know more or wishes to attend this meetup, they are invited to use the contact page on this website, here they can leave their contact details, stating their interest, and someone will get back to them.