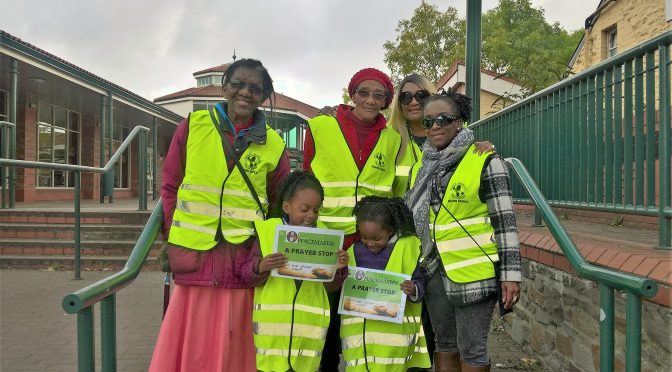 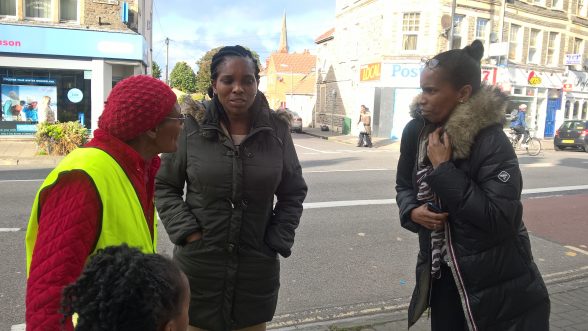 Child thugs hurled racist abuse at a 10-year-old boy in Bristol before taking him onto a building site and launching an assault, police believe.

Two boys allegedly shouted racist abuse at the victim, then reportedly forced him off the street and ‘kicked, punched’ and hit him against scaffolding.

The attack, which happened yesterday in the Station Avenue South area of Fishponds, near Morrisons supermarket, is being treated as racially motivated by police.

Detectives say they have ‘identified’ two boys, aged 11 and 12, who they will formally interview about the assault.

The victim was left bloodied and bruised, with injuries to his face and body, and had to be taken by ambulance to Bristol Children’s Hospital for treatment.

The ordeal, which began at about 6pm, only came to an end after a passer-by saw the boy trapped inside the building site then helped him out and took him home.

Detective Inspector Steve Cartlidge, from Avon and Somerset police, said: “We’re treating this as a racially motivated crime due to words used by the offenders during the assault.

“Two boys, aged 12 and 11, have been identified and spoken to by officers and we’re arranging for them to be formally interviewed.

“The victim is due to be video interviewed to gain a full picture of what happened.”

In a public Facebook post, family members claim the boy was on his way to a friend’s house when the broad daylight assault was launched.

It is alleged the attackers shouted racist abuse then ‘dragged’ the boy into the building site and attacked him.

The family said a passer-by took the boy home and an ambulance then took him to hospital.

A spokesman for South West Ambulance Service said they took the boy to hospital with head injuries, following a ‘suspected assault’.

The boy also suffered bruising to his body and back.

DI Cartlidge added: “Any form of hate crime will be thoroughly investigated and we will be supporting the victim’s family and keeping them fully informed of our progress.

“We’d like to thank the local community for the help they’ve already provided to us, as well as the woman who came to the victim’s aid following the assault.

“If anyone has information about this incident, or if you were in the Station Avenue South area of Fishponds at the time it happened, please call us as soon as possible.”

Anyone with information should call police on 101 quoting reference number 5216197665.

THE fuming mum of a boy who was battered with a wooden plank in an alleged racist attack has released photos of his horrific injuries to raise awareness of hate crimes.

Awais Ali was walking to a friend’s house when two older boys “called him a p**i” and demanded he hand over his phone and money.