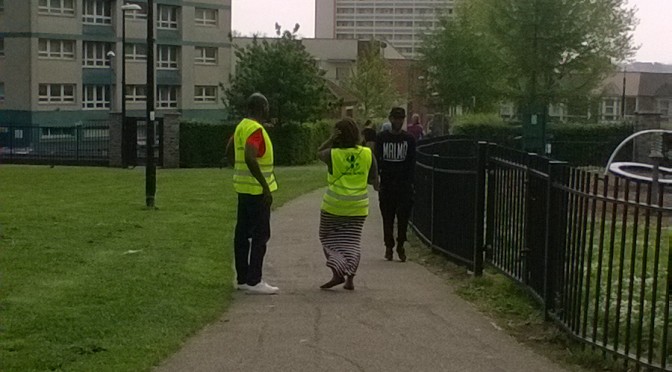 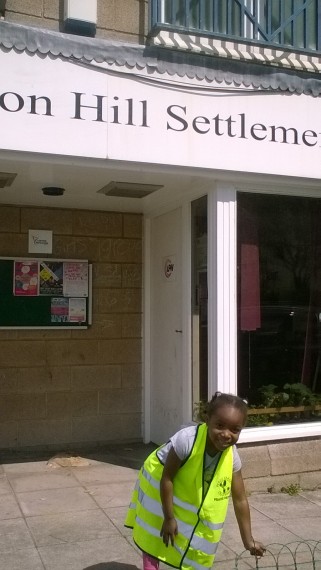 “And a little child shall lead them.” Four-year-old Chioma Samuel is the youngest Prayer Patrol to date. On her day off from Nursery, she happily accompanies her Mum on the latest round of foot Patrols, in the Barton Hill area of Bristol. Patrolling through the section  of a housing estate, with predominantly Muslim Somalian families, the Prayer Patrols found a warm welcome and positive responses.

Pictured left: Chioma admiring the small flowerbed outside the Barton Hill Settlement, the largest community facility in the area.

There were several opportunities to stop, to speak to, and pray with folks along the way. 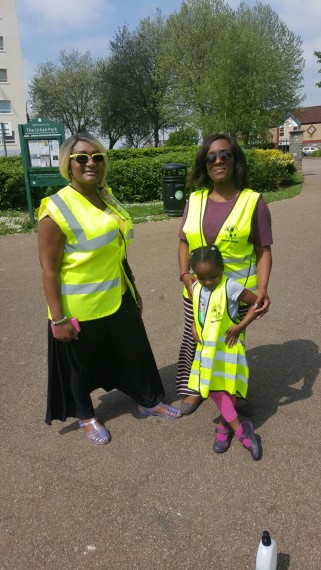 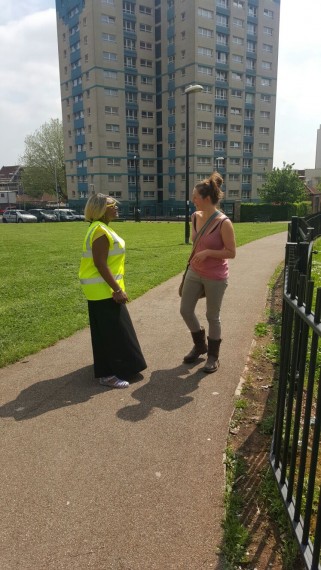 THE LIGHT OF THE WORLD: Prayer Patrols Blessing the Community with Peace.

Just over a year ago this area was at the height of Police investigations and continual focus from the Media. There was a lot of fear and concerns by residents, when body parts  of Becky Watts, a young 16-year-old girl were found in a terraced house, on the residential estate.  After many weeks of investigations, her  killers were caught and sentenced.  See HERE for full Story – BBC News

Today, we were joined by a woman who also lives in the area, she told us, how glad she was that we had come to pray in her neighbourhood. She said she there was still a ‘dark eerie feeling’ in the environment. However, at the end of our Patrol, she said she believes that the presence and prayers of the Patrols will help to transform the area, and uplift the mood around the lane . 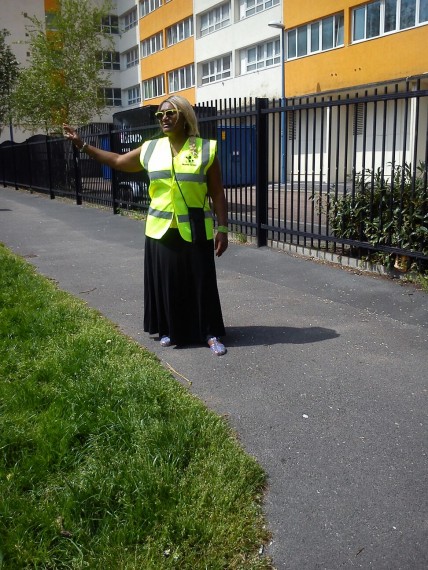 “Releasing Peace on the scene where innocent blood was shed, is part of what we do,” says the Peacemakers Chief.   “This clears the area, recreating a more harmonious environment, and a sense of security and peace within those communities”